Daydawn Nurseries was originally started in the 50′s by John Barnett and his father Bill on an allotment as a part-time hobby. After a few years of growing success, John & his wife Muriel purchased a strip of land in Bisley which was known as Daydawn. They kept the name and later moved to a larger site in Clews Lane, Bisley, where in 1962 the company became limited.

With their love for roses and attention to detail, they became one of the largest rose growers in the country, selling roses to the War Graves Commission throughout Europe and as far afield as Canada.

Their two sons Gez and Ray followed into their footsteps.  Gez trained in shrub propagation at Waterers Nursery and also Hillier’s, and Ray, their youngest, went to Waterers Nursery to learn all about trees. In 1975 they moved to the present site at Chobham, where Ray and his wife Jackie continue the family tradition.

Sadly, roses had gone out of fashion during the millennium and even though Daydawn is still supplying some, these are no longer grown on site.

These days, the nursery is specialising in hardy shrubs, all of them grown and overwintered in the UK. Ray says; ‘Our shrubs are mainly grown outside, to ensure that they are hardy.  They are only brought undercover to protect the young growth.  We aim to grow strong, full plants with a healthy root system.’ 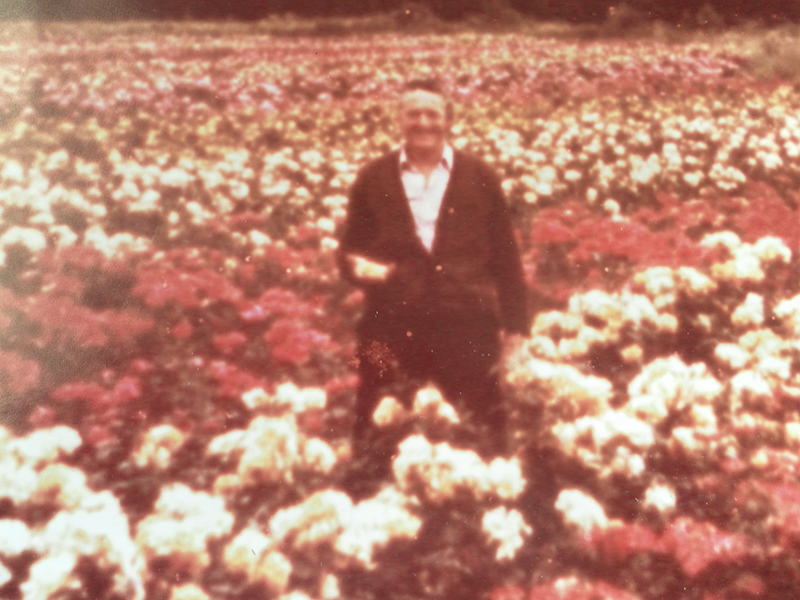 Please ask us for a quote

Our large range of plants allowing us to be able to fulfil most large landscape projects within a week.

Contact Us
We use cookies on our website to give you the most relevant experience by remembering your preferences and repeat visits. By clicking “Accept All”, you consent to the use of ALL the cookies. However, you may visit "Cookie Settings" to provide a controlled consent.
Cookie SettingsAccept All
Manage consent

This website uses cookies to improve your experience while you navigate through the website. Out of these, the cookies that are categorized as necessary are stored on your browser as they are essential for the working of basic functionalities of the website. We also use third-party cookies that help us analyze and understand how you use this website. These cookies will be stored in your browser only with your consent. You also have the option to opt-out of these cookies. But opting out of some of these cookies may affect your browsing experience.
Necessary Always Enabled
Necessary cookies are strictly necessary to provide you with services available through our Website and to use some of its features, such as access to secure areas.
Performance and functional
These cookies are used to enhance the performance and functionality of our Websites but are non-essential to their use. However, without these cookies, certain functionality (like videos) may become unavailable.
Analytics
These cookies collect information that is used either in aggregate form to help us understand how our Websites are being used or how effective our marketing campaigns are, or to help us customize our Websites for you.
SAVE & ACCEPT
Powered by